The line for Las Bambas

Railroad as a solution for mine transport

'Las Bambas' is the epicenter of a Social Conflict. The social conflict continues to the shame and dishonor of the nation, because the authorities do not show the capacity to solve the problems.
The conflict broke out in 2014 as a consequence of the mysterious transfer of the mining concession between Glencore of Switzerland and the Chinese of MMG. It has cost several farmers their life - and the conflict continues to abuse civil society - and continues without a solution.
Naturally there is no social Licence for that mine - not at all - but such is not important for a chinaman.

A): The need for a solution for Las Bambas mining transport and
B): The urgent need to generate employment after the economic destruction of the fight against Covid by building infraestructure.
If the government agree to use the railway project, it is free and available for Peru and is published on the website www.pusac.org

The strength of this project is its short time for technical preparations by buying Know How of a mining railway in use - and then going more directly to a construction. We should honestly say that construction of any infrastructure can generate employment, but a mining railway bring its own FEASIBILITY - due to the flow of minerals.

While waiting to start construction of the railway -
we have build and finished this Corridor
The southern interoceanic corridor = IIRSA SUR, was completed 2 years before the conflict of Las Bambas started,
this corridor - Survial - too is useful for a train as can take up to 6% declination.
Profile of the Survial route of iirsa 026
already built

The Survial corridor opens up more interesting opportunities for civil society - and the Social License could be possible.

If we can use this corridor, there is NO reason to pass towns like Lomas, Yauja and Chala on the desert coast - as the 1970 Canadian proposal indicates - and from there then too MTC.   With classic elements such as Bridges, Tunnels, Galleries, Platforms, Platforms, Embankments and Levels - without Zigzags and without Turntables of course - we can build a railroad track along the corridor and pass trains with adequate speed - both freight trains and trains for passengers
Infrastructure IS the responsibility of the state, and not of private parties. The trains with their wagons would be owned by private companies - being freight trains or passenger trains - and for Las Bambas it is the flow from the mine that makes the construction of a railroad feasible

The urgent task is:

Generate massive employment at all levels 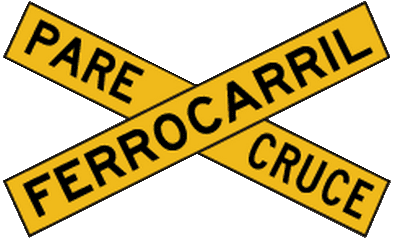 The construction will start with a trip by a commision visiting and studying the railways of the world - live and direct. For example, with the participation of professionals from MTC, MEM, MEF and Ministry of Environtment (SENACE) + the mines (SNMPE) + the Regions and the National Congress.

This commision will evaluate and choose the most suitable model for Peruvian conditions - and then negotiate the price.
With the model chosen we need a consulting company of same nationality to extract "Know How" and experience.
If there is NO consensus - I will recommend a copy of the Kiruna mining railway in Sweden   (the homeland of Volvo)

The Peruvian contractors
For Las Bambas we are talking about 6-800 km of electrified railway line, which give us space for several independent but simultaneous work teams. We ca divide into independent sections or we can build under the leadership of a main constructor, who will coordinate subcontractors.
A trick for contractors could be to use more labor forces and less machinery, as a point of competition.

The work of the line incorporates Tunnels, Bridges and Galleries where it is needed. We are talking about an electrical train, which involves poles, electric overhead lines, power substations, etc.

Framework: 1 year of preparation + 3-4 years of construction
Completion before the change of president 2026.

With the rails in place and with the plant inaugurated, we are ready to recieve the first train from the mines
(Don't forget that we also need a sea-port, as can RECIEVE the mineral comming with train - and send it off over the sea)

Mining transport
The state is in charge of the infrastructure. Rolling stock is the responsibility of the mines, as can each buy their own rolling stock - but there is nothing as will hinder the mines going together and create an "United Freight Operation" company.
The mines need wagons and locomotives.
Of course they can buy, they can rent, lease or hire both locomotives and wagons independently.
For their transport any business combinations is possible. That is the client's own decision!
Klaus Lynge
EUR ING
Civil Transport
It is the transport carriers who are going to handle everything running on the rails
- just as they do with their busses and trucks on the highways.
And too for those carriers there are all kind of organization available
There are owners of locomotives to tow the wagons.
There are owners of wagons of any kind, who rent their equipment.
Of course there are owners of whole trains.
A current business model is that an operating company take charge of all the administration and permissions from the authorities to pass the rails (paying per kilometer traveled) - and then require (hire) wagons and locomotives from specialized companies.
There are workshops that maintain rolling stock of any kind.
There are companies as are responsible for keeping cars clean and presentable.
There are, of course, also operators who are in charge of loading and unloading trains, trucks or others.
All managed by companies and private agreements

The time where a company handled EVERYTHING, as Enafer did in the time of steamers, seems over. Today the trend is to subdivide into several specialized companies.
There is a lot of things to do

"ENAFER" as authority is limited to keep the railways operational. As authority they doesn't operate trains - but in general they will employ specialized private contractors for the physical and technical work, as has to be done.